Jane and I have been out in our kayaks a 3-4 times a week all summer, mostly on the Connecticut River out of Wilder, VT; the Ompompanoosuc River in Norwich, VT; or North Hartland Lake in Hartland, VT. We also made trips to Goose Pond, Grafton Pond, Squam Lake, and Lake Tarleton.

Some loons and cormorants.

We also saw some insects.

This fall we have spent as much time as we could in our kayaks, weather permitting. We’ve seen a few ducks of various type. It seems like there are far fewer ducks and geese than in past years.

and a turtle or two.

The foliage has been spotty, a few brilliant trees, but in the Upper Valley, mostly dull.

The birds are flying south, and our kayaks have been put away for the winter. 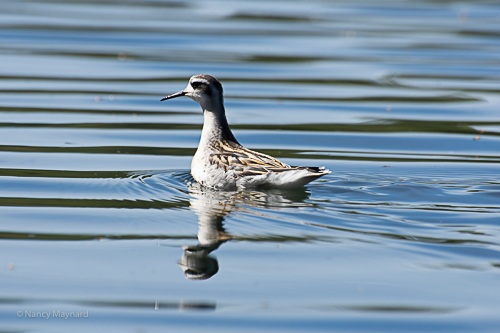 It has been an interesting few weeks since my last post. My sons visited from Portland, OR. My husband had a heart attack (he is doing well). Instead of a week at Squam Lake we had planned, I was there for just 2 days. But I have been able to paddle my kayak and see some wildlife.

North Hartland Lake closed for the season on Labor Day. We went out on that Saturday and caught our last peeks at the eagles, cormorants and of course turtles.

The ducks are molting into their breeding colors.

We found herons on all 3 of the rivers we paddle.

and small birds and large.

We saw a muskrat for the first time this year on the Pompy.

and a young deer running across the playing field at Kilowatt Park.

The most unusual animal we saw was a Northern phalarope as it was passing through. It nests in the Arctic and winters to the south. 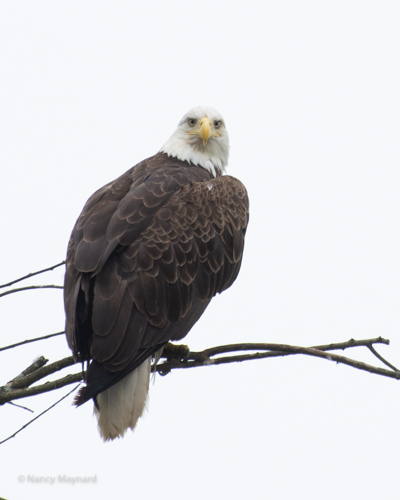 We visited our usual haunts this week: the Connecticut River out of Wilder, the Ompompanoosuc River and the North Hartland Lake. The wildlife did not disappoint.

The kingbirds on the Connecticut are sitting on their nests again.

The young mallards are nearly full grown and seem to enjoy snails for lunch.

We saw a couple of mammals on the Pompy.

We rounded a corner and came across this doe only about 15 feet away.

North Hartland Lake presented some of its usual suspects. Both adult eagles were near the nest, but we only saw one juvenile.

We also saw a couple of great blue herons.

and of course a painted turtle.

We’ve kayaked a couple of times a week on the Connecticut River or on the Ompompanoosuc. The geese and ducks are out with their families.

Other birds are showing their colors.

The kingbirds have nested.

And the red-winged blackbirds are guarding their territory from predators.